If you remember MH370 still missing, all we heard about was pings. Pings to the government, company, and even an engine manufacturer. Not to mention government locator pings, and finally semi ‘black box’ pings. MH370 had the world’s leading expert, http://translate.google.com/translate?depth=1&hl=en&rurl=translate.google.com&sl=auto&tl=en&u=http://appuntiitaliani.com/morto-esperto-in-virus-ebola-sullaereo-malaysian-airlines/#sthash.KTmT5vGR.dpuf  , on US Research and Development of Ebola, https://lnkd.in/ePTpCtX .

Same circumstance and NOT a word about pings from anyone for 3 days, around the time bodies were found pings were finally mentioned. None, accompanied by poor excuse and neglect 3 days of missing pings.

Parading insignificant fragments, doing all possible to give very little detail of plane.

Then Wearing Life Vest comes from finding a body, and finding a life vest; goes to Had Time for Life Vest. More Inane Misdirection BS.

Now, right at a WEEK later, still lame excuses for no pings. Bad Weather? Yet they had sonar of fuselage on the 31st at LEAST. And crap sonar that had no detail of plane.

So, No Pings, means disconnected, or blown to bits – only way I know of to stop a black box from pinging.

Newest scam is Unbelievable climb noting altitude climbed, but not speed which is also given by radar. The two, speed and climb are integral to each other. Giving one without the other is Disinfo BS for any conclusion. Again, no real mention, or any mention of no pings, just excuses why they can’t check 4 them. Again, NOT needed for any of the pings from MH370.

So, MLS, Most Likely Scenario Based on Minimal Information, QZ8501 Blown out of sky. But, Why?

No expert on board getting ready to expose US Ebola Research and Development. No war scam being created like Ukraine Flt 17. Flt17 Uk military Kill http://www.dailymail.co.uk/news/article-2835088/Is-moment-MH17-shot-flew-Ukraine-Russian-state-broadcaster-produces-satellite-images-showing-fighter-jet-attack.html

There’s no clear reason to take the plane out. No pings take it out of Natural Disaster.

So Where’s the Motive?

Enter Indonesia, who suddenly states Ahh, that plane wasn’t supposed to be there. And, You Can’t Fly Over It Any More. That’s about it for information from them, http://www.bbc.com/news/world-asia-30658877?ocid=socialflow_twitter .

R/O Indonesia took out a plane that wasn’t ‘officially’ supposed to be there, and was Unofficially ‘hit’ through Auto or Error.

The only Motive that seems to fit with the very limited information.

Update 1-3-15: Share Dumping By CEO Tony Fernandes Of Stock Days Before AirAsia QZ8510 Crash http://au.ibtimes.com/articles/577770/20150102/questions-arise-over-dumping-ceo-tony-fernandes.org#.VKgYZGp0zIW The plot thickens, now at least the possibility of Foreknowledge must be addressed.

Foreknowledge would counter an error of destruction.  Perhaps they will find terrorism evidence? If that is the case, we have motive again.

Update 1-5-15: Latest Information All Without Need of Black Box, Finding Plane 2 Find Them, and No Mention of No Pings. http://www.dailymail.co.uk/news/article-2893411/Stricken-AirAsia-plane-soared-fast-fighter-jet-dropped-vertically-Java-Sea-thrust-giant-hand-crash-experts-revealed-today.html

1-13-15 Confirmation: Salvage experts claim #flight8501 likely to have exploded before it crashed http://news.sky.com/story/1406139/airasia-flight-voice-and-data-recorders-found

Last Words On AirAsia Flight #8501 Blackbox ALLAHU AKBAR http://www.thegatewaypundit.com/2015/01/breaking-last-words-on-airasia-flight-8501-blackbox-allahu-akbar/ No information or how it fits into Explosion

Indonesia has now taken over ALL QZ8501 Recovery.

Based on ALL evidence so far, especially if using FAKE Black Box Recording: Indonesia Shot Down AirAsia Flight QZ8501 in a Preplanned Black Ops False Flag.

Apologies, My Twitter and Yahoo Readers Have known since day 1 of the Scam Sony Hack: #SonyPSYOPS No MORE heat 4 #CIA; scam #terrorism WIN-WIN govt-sony contract soon #ISisUS https://www.youtube.com/watch?v=SOGK57xs5Ro After about 10 days, it got notice by others, including Korea.

Called prior, LONG BEFORE media reported.

What Were the Odds? 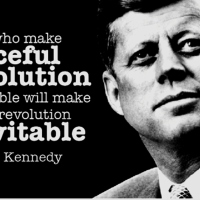